Labuan Malaysia has tourist attractions places that one can go to enjoy sunset, beaches, food and many more.

Places To Visit In Labuan

Labuan is pretty much a small island and you can visit all the tourist attractions places within 3 days 2 Nights.

In a nutshell, I would recommend that you go to the places below.

I’ll now share the information about the places that I’ve recommended.

I highly recommend that you start your trip by visiting Labuan Museum to learn about the historical and cultural theme of Labuan.

The historical theme consists of a seven-stage transition period beginning from the prehistoric era, the rule of Brunei Sultanate, the era of British, the second World War and the independence right to the formation of the Labuan Corporation.

The cultural theme exhibits the cultural and economic aspects of the local community in Labuan through six sections each representing the Brunei Malays, Kadayan, Chinese, Kadazan-Dusun, Indians and Sikhs.

The Labuan State Mosque is also known as the An’Nur Jamek Mosque. Its futuristic and amazing architecture is one of its main attractions that attract tourists from every corner of the world.

The history of Sikhs was pioneered by Bhagat Singh who came in 1868 to work in the coal mining industry in Labuan. He was 20 years old then and joined Labuan Coal company which paid him USD5 per month. Bhagat Singh passed away in Labuan on the 12th of June 1923 at the age of 75. Today, his children and their family are still residing in Labuan.

This Sikh temple was built by a Sikh philanthropist in 1997. The architecture of this temple was inspired by the “Golden Temple” of Sikhs in Amritsar.

Note: All visitors to the Gurdwara should remove their shoes and cover their heads before entering the main hall. It is forbidden to smoke or take tobacco onto the premises and visitors cannot enter the Gurdwara while under the influence of alcohol or drugs

Home to diverse tropical plant species, Labuan Botanical garden was once an official residence of the first governor of Labuan, Sir James Brooke. During World War 2, this historical site was destroyed by the Japanese and restored as a recreational park in 2001.

The Labuan Clock Tower is a replica of the original clock tower built in the year 1906 by straits settlement’s businessman Chee Swee Cheng from Mallaca.

It was one of the four standing structures that survived World War 2. Intense naval bombardments by the Allied forces completely devasted Victoria town (Labuan today) except for the clock tower and 3 other structures namely the Chimney, the hospital, and the lighthouse on Papan Island and Kuraman Island.

The British administration demolished the clock tower in 1948 but failed to rebuild it. Half a century later in 2002, Labuan Corporation reconstructed this historical clock tower using funds provided by the Ministry of Tourism Malaysia.

Although there are not many marine creatures/fish, there is ample history to see and learn. A great place to visit once. On the first floor, there are many marine specimens including the huge 42-foot skeleton of an Indian Fin Whale. The visit was informative and fun, definitely worthwhile to spend some time in the museum.

Labuan War Cemetery is a Commonwealth World War II graveyard in Labuan, Malaysia. Many of the personnel buried in this cemetery, including Indian and Australian troops, were killed during the Japanese invasion of Borneo or the Borneo campaign of 1945.

Into this cemetery were concentrated as many as could be traced of the graves of those Allies who died in Borneo, either in battle or in captivity. It contains 3,908 burials of which more than half are unidentified. The identified burials numbers are 1752; 5 sailors, 1523 soldiers, 220 airmen and 4 civilians. (Which consist of 814 British, 858 Australian, 1 New Zealander, 43 Indian and 36 Malayan).

This Park is usually used for state celebrations and they do also have a little replica of the Chimney. It’s a nice spot for taking photos especially with all the Malaysian states flags and perhaps exercise? I can’t think of anything doing anything else here.

The Chimney is one of the famous and unique historical landmarks in Labuan. The red-brick tower was believed to be built in early 1900 when coal mining was at its peak in Tanjung kubong under the administration of the British North Borneo Chartered Company.

Various claims were forwarded on the actual function of the Chimney. It was said to be nothing more than a ventilation shaft for the underground tunnel but recent excavation works showed that there was no tunnel under the Chimney. In addition, the inner walls of the Chimney showed no sign of burning. some said it was a lighthouse beaconing passing ships mainly due to its location near to the sear and the existence of a port called Raffles Anchorage in this area.

The local claims it to be used as a bell tower to announce the arrival of ships. Till today, the actual purpose of the Chimney remains unknown. It remains one of the mysteries that fascinate the locals and visitors alike. There is also a museum where you can read and learn more about the Chimney, especially on coal mining.

Unfortunately, I didn’t have the time to venture into this place but I can see often people recommending this place to go. It is where the various species of birds in Borneo are kept and it’s not far from the Chimney.

The Surrender Point Memorial is located where the Australian Major General George Wootten took the unconditional surrender of the Japanese from the Supreme Commander of Japanese forces (7th Army) in North Borneo on the 10th September 1945 and thus will be of interest for all who like History, and WWII history in particular.

The memorial is located next to the Layang-Layangan Beach which is part of the West Coast beaches which are commonly and collectively called the United Nations Beaches, all are spotless and beautiful. It is about 8km from Labuan main town. It is also located right next to Peace Park.

Located next to Surrender Point, Peace Park was constructed by the Japanese Govt in 1972 as a memorial to all those who died during WWII, both civilians and military.

The memorial itself is a large mound with arched walls and an inscription to peace in English, Malay and Japanese. The surrounding gardens are of Japanese design with ornamental lakes, gazebos and bridges. The plants, trees and flowers were wonderful and the whole place was meticulously maintained.

Beautiful beach located just in front of both Surrender Point and the Peace Park.

This beach stretches for 9 km from Batu Manikar Beach to Sungai Miri Beach, also known as United Nation Beach where the COBSEA Monument stands. Some of the most beautiful sunset photos are taken here. It was completely deserted and void of people so we really enjoyed this place.

If you have more time to spend in Labuan, you may also include Rusukan Besar and Papan Islands in your itinerary.

Pulau Rusukan Besar is just 30 minutes away (speedboat) from Labuan Jetty, this place is recommended for diving to see the wreck ships under the sea and it’s not crowded. The beach itself is clean and beautiful with coral reefs everywhere for snorkelling/canoeing and the island even has a sea turtle hatchery.

Pulau Papan is known for its weekend beach parties and beautiful sunsets.

The island is inhabited by monitor lizards. You’ll see them in the wild. Though the beach is swimmable I personally do not recommend it. Other than the fact that monitor lizards could be hiding in the bushes, there are also jellyfish lurking at sea.

Labuan is a duty-free Island shopping heaven and if you’re interested in purchasing Perfumes, Chocolates, Beers, Cigarettes or liquor, they are really cheap!

I would recommend that you go to a One-Stop Duty-Free shop to make your purchase as it’s located in the city centre and they sell genuine products. They also offer free whisky, wine and cognac tasting.

Getting in and out of Labuan is easy. If you plan to ride/drive your vehicle into Labuan, follow my other post guide here.

If you want to take Ferry, you can do so from the following places (and the routes).

The ticket price from Kota Kinabalu to Labuan (or vice versa) is about RM 41 for the first class but they do offer 50% discount if you’re Malaysian. The journey takes 3 hours & 30 minutes and you can only purchase the ticket over the counter.

How Do You Get Around Labuan?

If you’re on a budget or prefer to drive on your own, I would suggest that you rent a car from bencarrental.com as they are quite affordable and provide good service. For navigation, you can use Google Maps or Waze.

Due to the current Pandemic of Covid-19, Bars are still closed in Labuan but some of them remain open as they have registered as a cafe/restaurant. I would recommend that you go to Sky Garden Cafe, which is located on the top floor of Labuan Point Hotel.

This cafe sells various types of foods, alcohol and a pint of Carlsberg will only cost you RM9. The atmosphere here is cosy and the staff are friendly. I’ll update this list again when I visit Labuan again the next time.

If you’re into malls, you can shop at Ujana Kewangan at the Financial Park. You can get duty free products, fast food restaurants and any other things that a typical mall would offer.

Where To Eat In Labuan?

If you love Thai food, this is probably the best Thai restaurant in Labuan. Their cooks are from Thai as well and I really enjoyed the Tom Yum which is served in a coconut.

The price was rather affordable and the booze selection was impressive. I would definitely return to this restaurant when I visit Labuan again.

This place has two sections; the lounge where the bar is and the restaurant which is outside. I have not been to the bar as it was close due to the COVID-19 pandemic but some said it has some good local live music band playing on the weekends?

Nevertheless, the restaurant has varieties of foods to choose from (mainly Indian) and they are good. The beers here are dirt cheap but the pricing is different in the two sections though.

If you want to have dinner while enjoying the sunset, this place is recommended by the locals and the price is affordable. It is also said to be one of the best seafood restaurants so you might want to give this place a try.

Where To Stay In Labuan

Labuan Town is pretty small and everything is not far away from each other. Both of these hotels below are in the city centre and if you’re not interested to stay there, you can just lookup for your place somewhere close to Hotel Aifa and you’re good to go.

March to October is usually the dry season and if you’re not into any outdoor activities, Labuan is a year-round destination.

How Many Days Do You Need In Labuan?

If you’re planning to include Papan and Rusukan Besar Islands in your trip, you will need 6 days at least and if you just exploring in Labuan, 3 days should be good (make it 4 if you like to take it slow).

What Time The Sun Sets In Labuan?

The sun sets about 6:35 PM Local time in Labuan.

I enjoyed my stay in Labuan as it has a great history, delicious foods and not forgetting its duty-free products. If you have not been here, what are you waiting for?

If you have been there, did you enjoy it? how was your trip? Don’t forget to check on my other post about Kota Kinabalu’s attractions as I have some great recommendations for you! 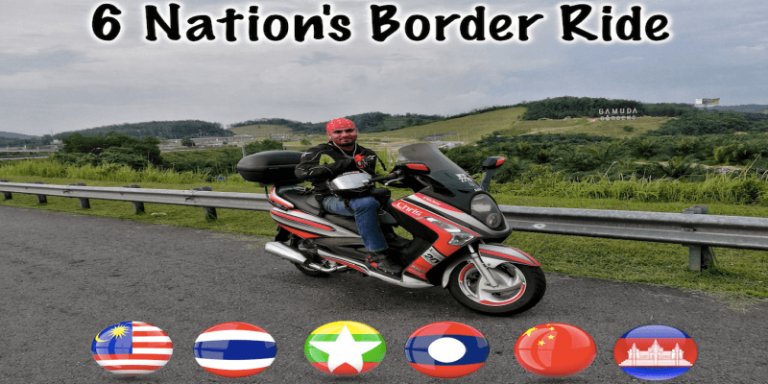 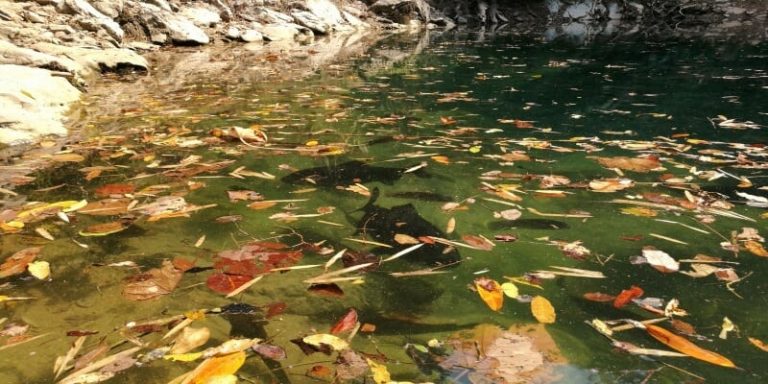 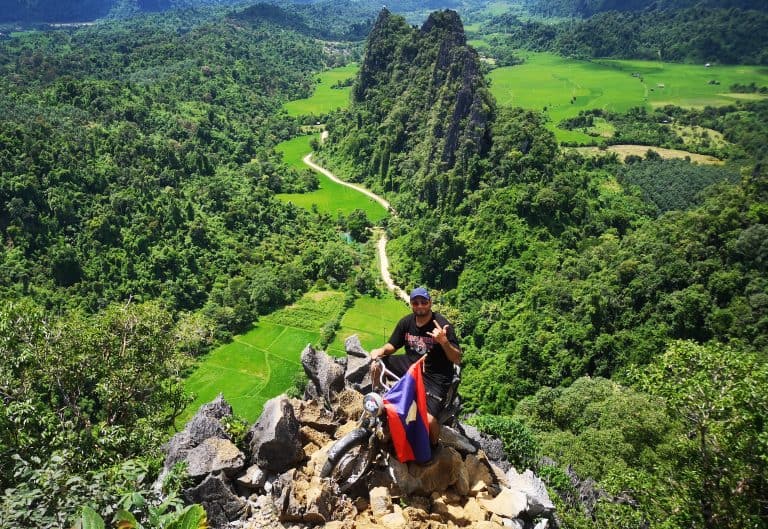 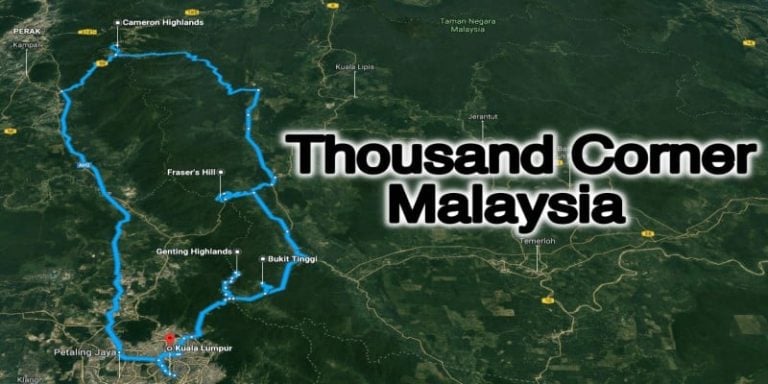 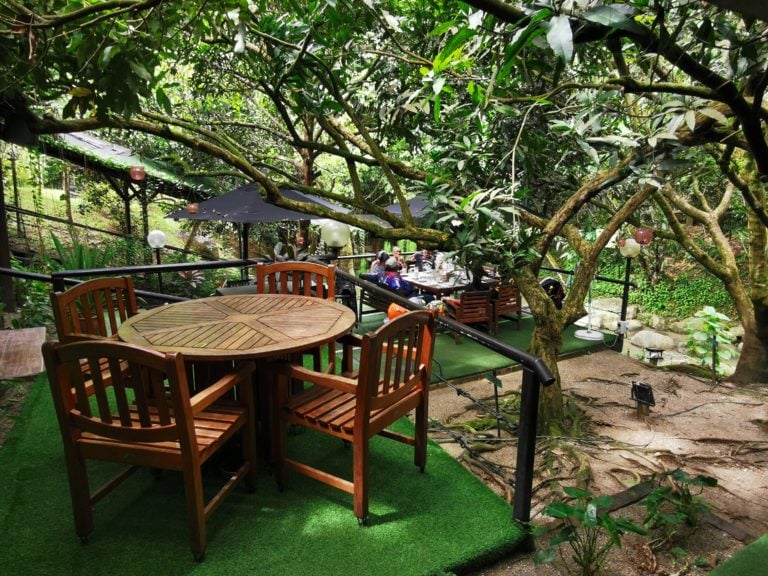